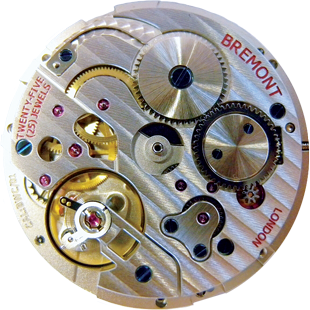 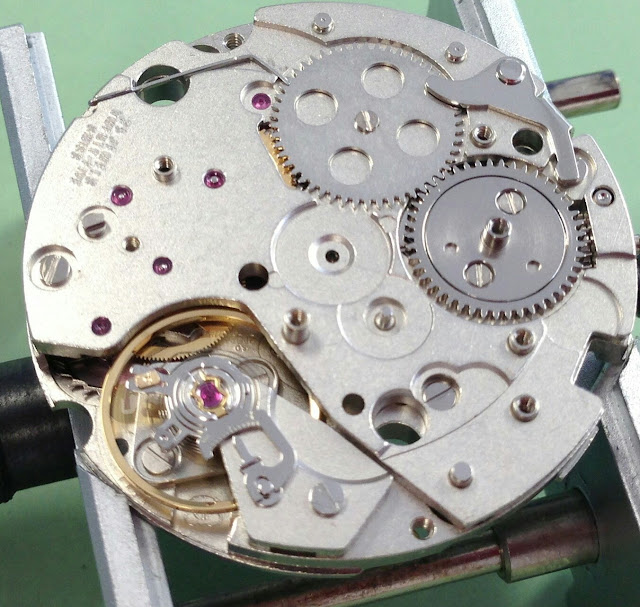 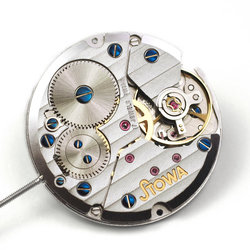 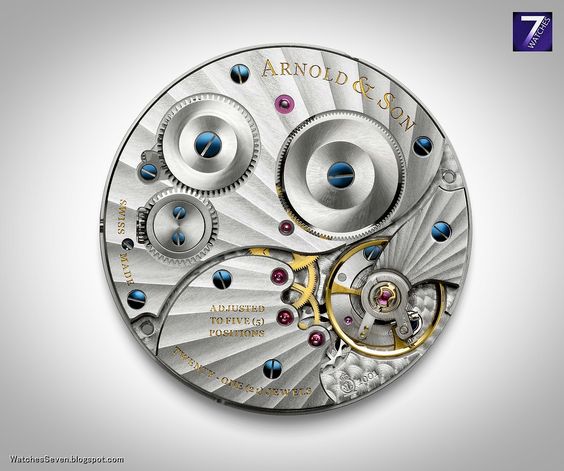 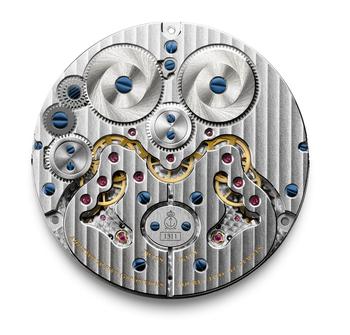 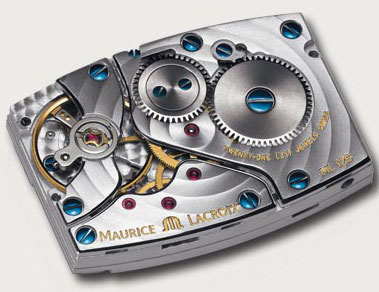 Posted by Dimman at 4:17 PM No comments:

Time: What I've been up to.

Quick update. Pictures should tell the story. The bronze case parts turned out well and I will be doing a complete case for specific movement next.

The other pics are of a skull dial development for a client. Raw casting, hand textured, then patinated and sunburst polished in the client's case for test fitting. 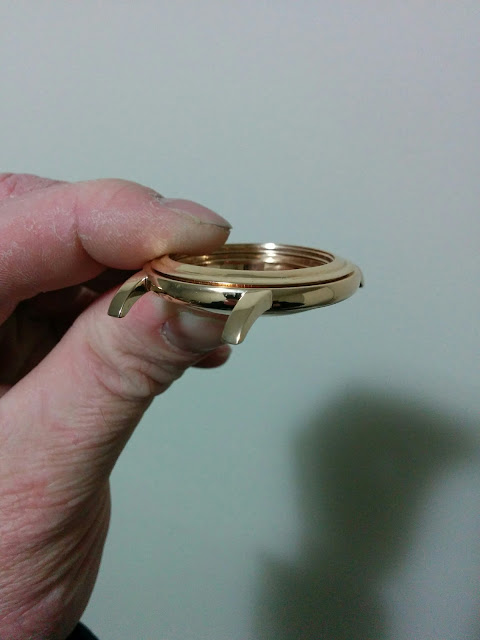 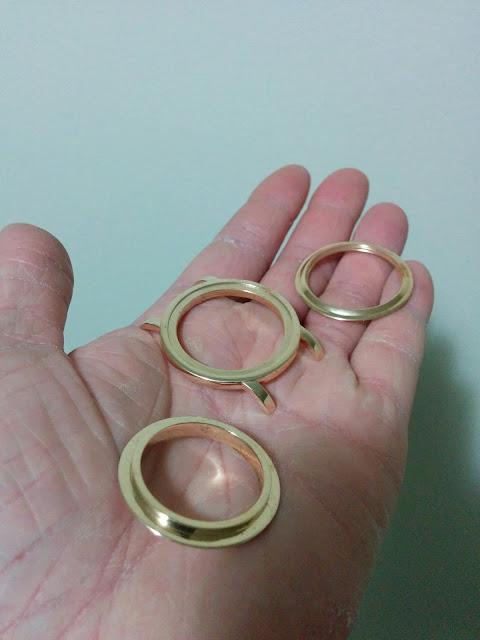 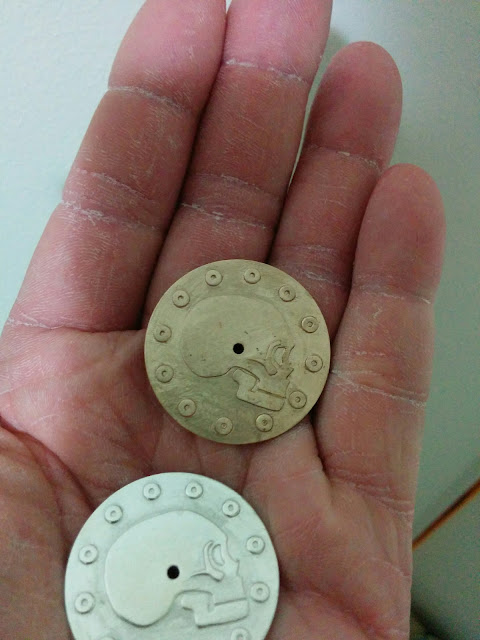 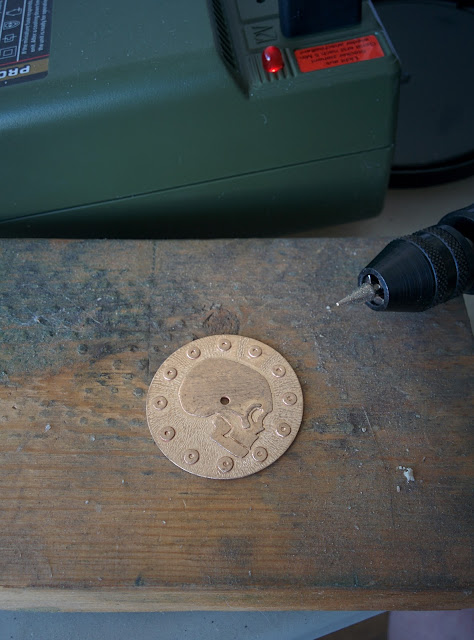 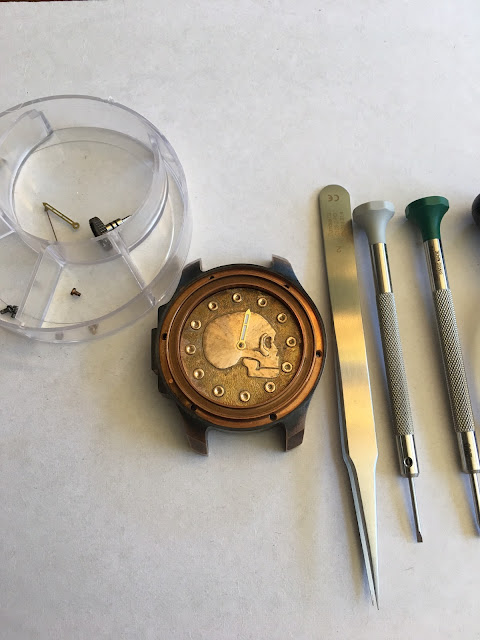 Posted by Dimman at 8:13 PM No comments:

Time: What I've been wearing.

For all the horological uppity-ness that I can write about, this Casio has been on my wrist about 4-5 days of the week.

It's an incredible value, at less than $50 CAD and features the standard digital mix of chrono, alarm, countdown timer, world time, but adds a moonphase and tide graph to the 100m water resistant, Tough Solar, Illuminator package.

So why this? Just a sole digital beater right? Well, no. At least not the sole one, third attempt really. My first attempt was a Casio G-Shock, G-Lide version with similar functionality, but adding Multiband 6 atomic synchronization, and increasing WR depth to 200m. But Casio plays a weird limited edition colour game with G-Shock. And it was available in bright white or bright red with a negative LCD display.

But I never grew to like the white that I chose, and the negative display wasn't my first choice either.


So this ended up the functionality winner.

Ideal would be the G-Lide in this colour/display combo, but so far it doesn't exist. 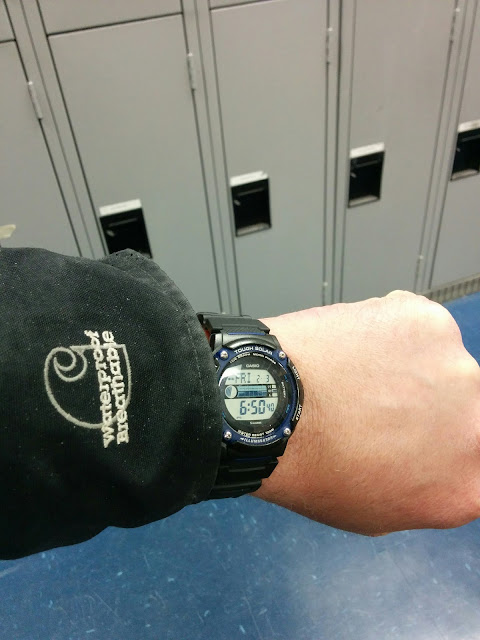 Posted by Dimman at 7:25 AM No comments:

Just a pic of a boat and a bit of skyline in downtown Vancouver. 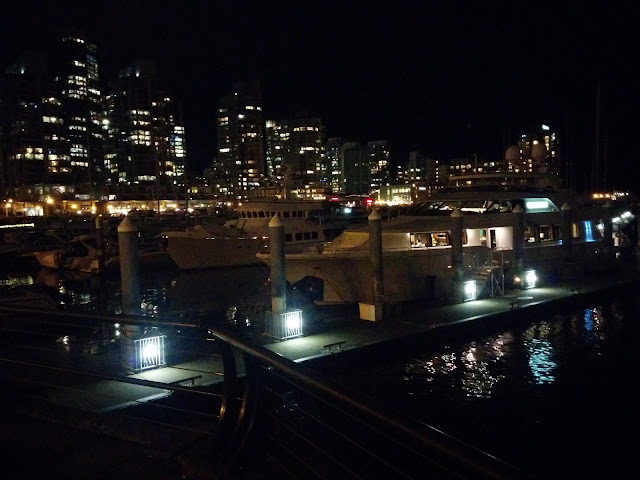 Posted by Dimman at 8:23 PM No comments:

So, adventures in case-making. I just got an email indicating that some case castings I ordered from the USA have shipped. Now, why would I order castings instead of having them done locally? Well, I'm waiting for some bronze blanks that I was intending to mill and file by hand into cases, to be cast in Vancouver. I talked to the guy in person in mid-December, was told it was the busy time as local jewelers swamp him with rush work at that time. Fair enough, but it's nearing the end of January now with no sign or communication.

In the meantime I've designed a set of case, caseback, and bezel blanks in 3d (the pic), uploaded the 3 models to a service in NYC that has 3D-printed them in high-resolution 'digital wax', sent them to have molds made, lost-wax cast them in bronze, trim the sprues, polish them, package them, and ship them to Canada. I'm anticipating getting them and have them all evaluated and measured out for finish machining before the 6 identical bronze donuts I ordered from the local guy show up. 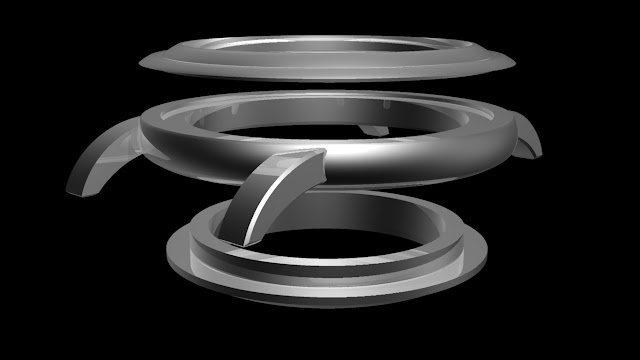 Posted by Dimman at 8:19 PM No comments:

Well some interesting things have come about in the American-Made circle of watchmaking.

First, is that the previously discussed Weiss has changed his description of what he previously claimed was an FTC compliant Made-In-America caliber 1003 movement.

His website now states: 'Caliber 1003 movements are manufactured and assembled from US and Swiss parts'. So with the qualifier involved, that would indicate that FTC requirements were not met. I continue to suspect that this is fundamentally just a complete Swiss 6497 movement internals (gear train, power, jewel, and timing assortment) sandwiched between just a USA-MADE plate, balance cock, and bridge. Possibly even just the more visible top 3/4 plate and balance cock.

But their description is now more appropriate, so good for them.

Which brings me to a new company:

An American-Made 2824 clone. OK... With a self-developed copper-rhodium alloy for the plates and bridges. Right... And their own proprietary different alloy for the wheels. Um... All machined and hand finished in America, yet the edges show marks from shitty stamping. Err... And topped off by an admittedly Chinese anti-shock system that is a knockoff of not the superior Swiss Incabloc, but the cheaper Swiss Novodiac. What. The. Fuck?

But we have the internet and can travel into the past with it, looking for a younger Charles Ginault. And we find him being introduced on counterfeit watch forums. Not a great start. Then we can search some of his very distinct, flowery description and find the same descriptions being used to pitch counterfeit Rolex watches a couple years ago on replica/counterfeit forums. Uh-oh...

But now this clown is sponsoring a major 'legitimate' watch forum, and said forum is using their 'no-fake' rule to remove and suppress discussion of the relationship of the company to past and possibly current illegal counterfeit production. As well as shut down talk about the dubious American Made claims.

This major forum is being sponsored by a (Former? Current?) manufacturer of counterfeit Rolex watches and defending them from criticism and reasonable investigation through aggressive censorship.

If a couple people get on the FTC's case about this Ginault clown, he will probably go down hard. For both the deceitful use of American-Made, and maybe catch him with his pants down with counterfeit Rolex inventory as well.

One can only hope...

Ah, the attention span of a gnat...

Playing around with some designs for an ultra-thin case. Under 6.9mm as it stands. Will be for a Peseux 7001, once I can figure out hands. This was supposed to be for the Miyota, but it just looks better thin, and the 82xx are rather tall and ungainly as movements go. The idea is to allow different bezels to be pressed on. So different designs, materials, decorations such as stone setting, etc...

As an aside, I'm kind of a computer Luddite. You'll note the photographs of the screens rather than proper captured screenshots. The reasons being the aforementioned inability for me to figure out uploading pics not taken by the Camera App in Blogger. And I haven't figured out (even tried actually) screen capture in general.

And to make a nice trifecta of antiquitated technical skills, that 3D software is ancient modelling, animation, and rendering software. As in this is version 3.2 (abandonware) and back in the day I had a legit copy of version 2.0 on a Pentium 90MHz, when that was a badass processor. I had a demo version of 4.0 on a Pentium 266MHz MMX, when it was also badass. But in my defense it was, and still is a great animation and rendering suite. Microsoft bought them just to kill around the same time as they bought Softimage as it could actually compete with it at the 'introductory professional' level. And to double down on my defense I do use the 7.6 version (the one Microsoft killed, but was released as freeware a few years after as Softimage and competitors had finally built a big enough technical gap) for rendering, radiosity, and .STL file creation. Oh, by the way, the software is called Caligari Truespace.

And I am sloooowly trying to learn Blender and FreeCAD. Which are apparently incredible, and open source. I have them installed, but I'm so used to the Truespace UI that changing habits is tough. Parametric modelling is also crazy different than mesh-based modelling. 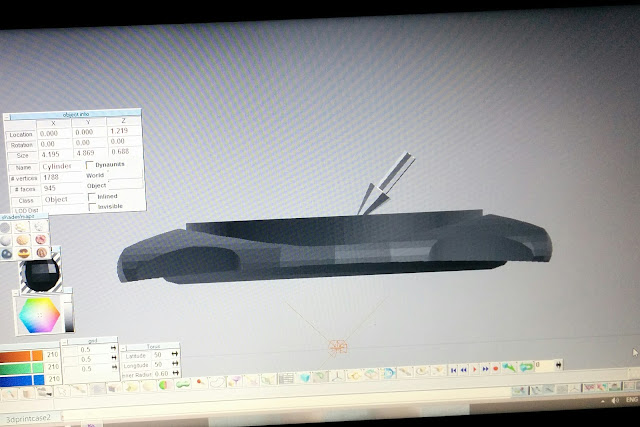 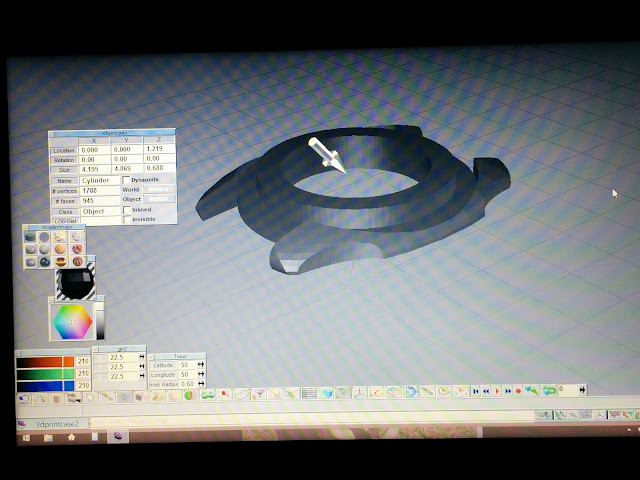 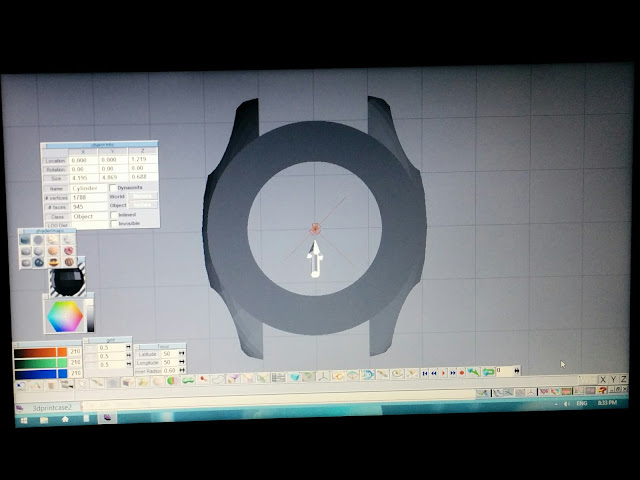 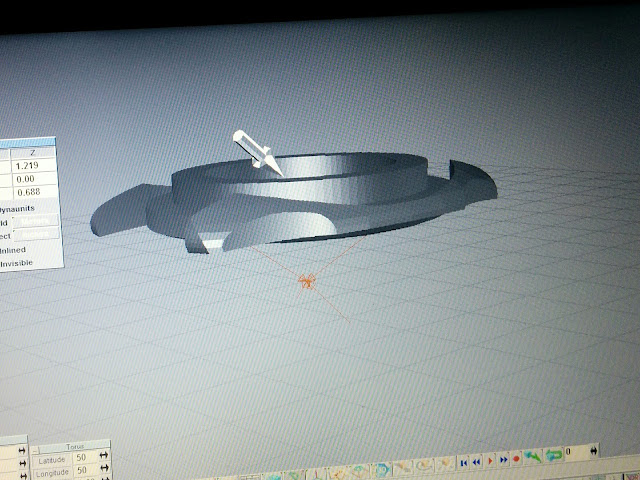 Posted by Dimman at 8:57 PM No comments: