OK, 'Time, Speed, Distance, and Food' doesn't gel as well as a title. But it's going to be a bit of a topic lately.

So what's this all about? Well, the internet has introduced me to Sous Vide cooking. Big thanks to YouTube Channels, Chef Steps (Sous Vide kings of Seattle), and Food Wishes (though Chef John has only Sous Vided a few things his channel is awesome).

Sous Vide introduces consistency and precision to something that can be erratic (various power levels between different appliances and whatnot). And gives time to think in the sometimes erratic newbie kitchen experience.

The science is simple. Low, stable temperature for longer. When people talk about cooking meat to a specific internal temperature the traditional way is to apply excess heat to the exterior which gradually cools down as it reaches the center, hopefully to the target temp. The time involved becomes a bit of guesswork (less for the experienced, but a ton for novices such as myself) based on the mass and thickness of the food. It can also create a gradient of done-ness on thicker meats such as steak. A medium rare center will have well done parts under the crust, then well, then medium, then finally a more rare center. If there is thickness differences, the thinner sections will end up more medium or well.

What Sous Vide does is presets to the target internal temperature and holds it there until your target internal temperature is met. There is still a time calculation based on size and thickness, but the benefit is that it's only a MINIMUM. You can overshoot by 30 minutes to hours (depending on the food type) and not overcook anything since it's maintaining a temp, not adding excess heat. There is still a traditional cooking aspect of searing for flavor (the delicious browning and caramelizing parts) but it's separate from the cooking now, and very short, limiting overdone or burned results.

Anyways here are some pics:

And 3 eggs cooked at a stable 75°C for 14 minutes, on butter-fried toast (hat-tip to the British for the toast). 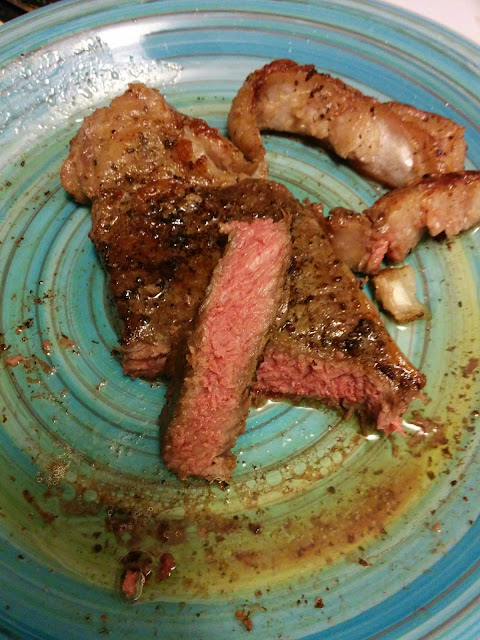 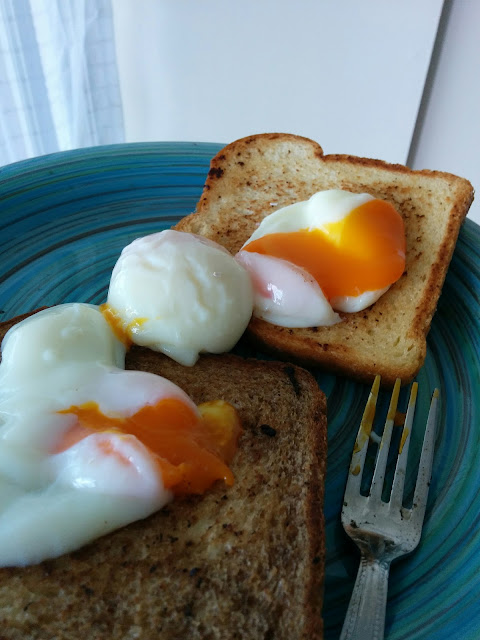