Time: Happy 4th of July, America! (Part 1 of a Series on American Horology)

Some thoughts on watchmaking in the USA, from a Canadian watch enthusiast's perspective.

Well with Canada Day over, the Fourth of July is next, and somewhat bigger.

In the Horology world there is a company, Weiss, using the fanfare to introduce what they claim to be a completely legal Made in America watch. Why the mention of 'legal'? Because the FTC has been on a bit of a horological tear lately, gently pointing out that the integrity of 'Made in America' is serious business and that companies do not have free reign on how to market their American-ness.

Companies that have received guidance letters from the FTC over violations include Nialls, Shinola, and Weiss. The only other serious watchmaking companies in the USA that I can think of are RGM (Roland G Murphy), and Keaton Myrick.

So far I'm doubtful of the true FTC compliance of the upcoming watch. It's been teased by Weiss, who's already violated FTC regulations. He's also made some questionable claims even about the Swiss parts being used.

First in his early watches he claimed USA-MADE dials, yet the dials were clearly parts-bin dials available from Ofrei. At some point his dial source has changed (font for the numerals is different) so the new dials MAY be truly USA-MADE, but the early ones definitely weren't.

Second he makes some claims regarding the Swiss ETA/Unitas movements that he uses that are not consistent with Swiss horological practices. In several interviews he states that he receives the movements in a disassembled state and that he performs all the finishing.

For the first part the issue is that neither ETA (the manufacturing company) nor movement brokers (wholesalers) offer disassembled movements. They are provided pre-assembled due to the factory testing requirements and shipping and handling considerations. Always. At one point large Swiss watch and movement companies were provided with ébauches which are raw parts kits. But this was limited to exclusive clients in the past, and ETA has ceased even that several years ago. The only way he is receiving the movements in pieces is if he is asking a supplier to deliberately take apart perfectly assembled movements and increase likelihood of damage and parts loss in shipping. It is highly doubtful to me that this is taking place. What is more likely is that he is misrepresenting the status of the movements to try to create the false illusion of being a Swiss ebaucheries.

For the second part, which supports the analysis of the first, he claims to finish the movements himself. Now in horology all words related to 'Finishing' have very specific meanings. It is not the same as 'complete' it is for the quality and decoration of the movement's surfaces. Typically Geneva Stripes, Pearlage, Polishing, and Anglage. So his claim is that he is receiving unfinished (raw metal) movements and decorating them himself.

Two things work against this claim. First he claims a cost of ~$260USD and the appearance of the final product. For the price, retail replacement costs of unfinished ETA/Unitas is in the ~$190USD range retail (not wholesale), finished Élaboré versions are in the ~$290USD range retail. Trade prices can knock off ~10% for 25+ units which puts a factory assembled and factory finished movement right at the price range Weiss is talking about.

Second, the decoration itself. It is EXACTLY as it comes from the factory. The striping number and where they line up with features such as jewels are IDENTICAL. The only difference is the Weiss logo. Making a claim that he personally finishes the movements because he sends out a bridge to get his logo put on is ludicrous.

I'll put some pics of standard vs custom finishing below.

Third, coming back to his teaser pictures of a new movement, the striping on the plates is TERRIBLE, especially when compared to the Swiss-done stripes on his other movements.

These things support my opinion that Weiss' claims regarding his involvement in his Swiss-Made movements are deceptive.

I will also be adding posts on less negative aspects of American-Made Horology in the near future.

***For what it's worth, if by some miracle he has truly made an American watch, including the wheels, pinions, balance, keyless works, click, barrel, ratchet, mainspring, etc... beyond just machining a couple poorly finished brass plates and sandwiching all the real critical Swiss (or god forbid Chinese if he's playing a $ value of American product % game) components unseen between them, I will buy one of his watches.***

Pics (all oriented with crown at left):

Stock 6497: As finished and assembled by the ETA factory

Weiss 6497: Aside from the logo, identical to how ETA provides them.

Archer 6498: A Canadian assembler of watches along the same lines as Weiss, using mostly European sources rather than some American (German case for instance). Movement is factory ETA, with Logo on wheel. Layout difference is due to seconds location. 6497 and 6498 are  identical except for the changes for seconds position (this comes from it being used in pocket watches back in the day).

6498, non standard decoration: Notice the angle of the striping as well as the number is more than standard ETA. 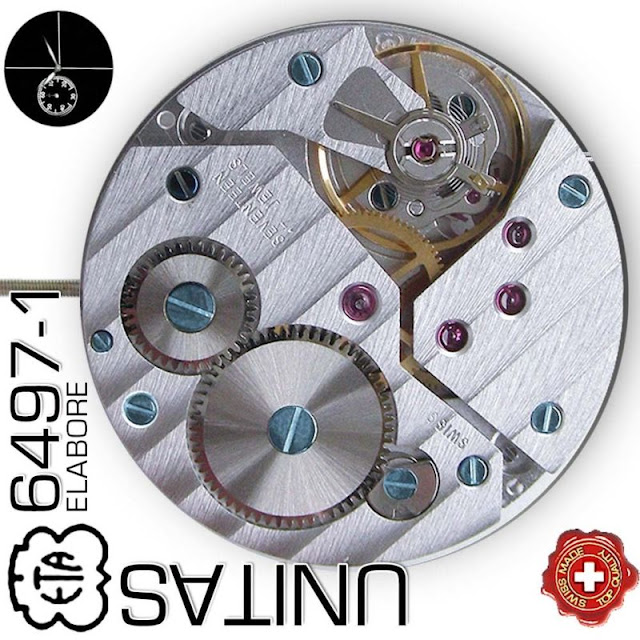 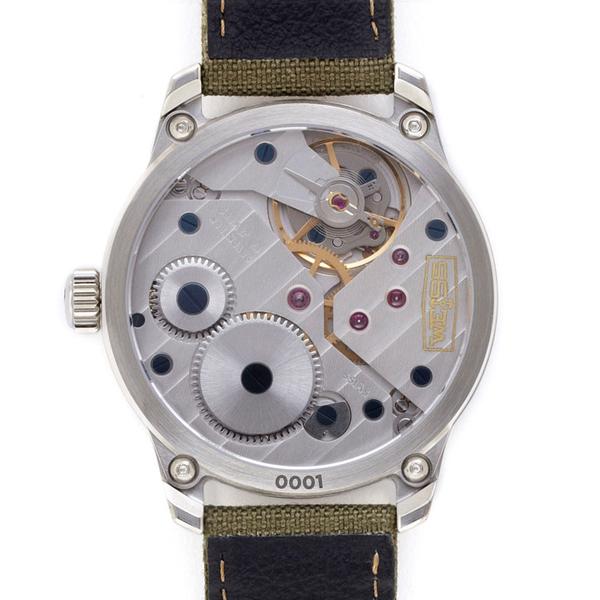 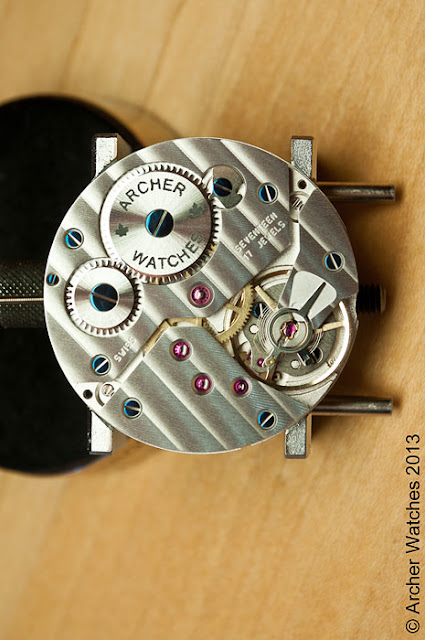 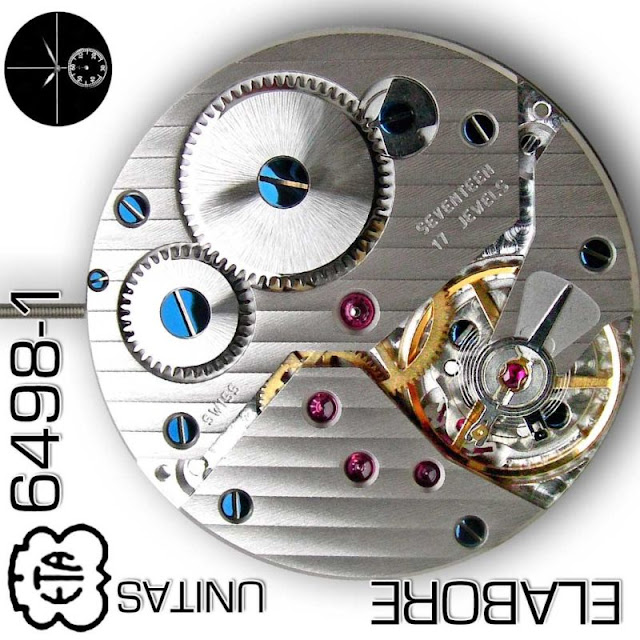 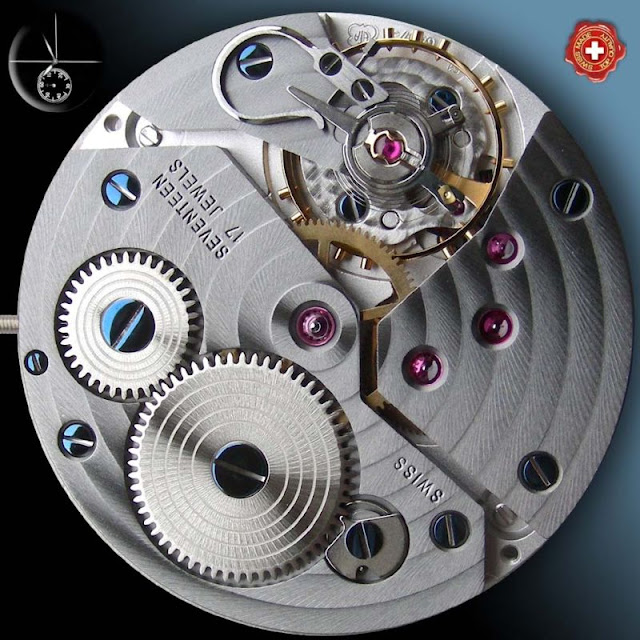