Manufacturing watches is my 'Endgame', to use a term trying to be popularized by WUS member Chuasam. Once I can produce watch cases, dials, and hands in an independent, structured, and reliable way I will be mostly done purchasing commercial watches. At least dress, métiers d'art, and casual types. Technical tool watches with clicky bezels and excessive depth ratings aren't on the foreseeable project list.

I started screwing around last year with my Sherline lathe, making some watch-ish parts out of sterling silver and testing a friction fit. Pictures below.

After basically wasting some silver in that test (I could make a curio box maybe later), I started researching movement fitting sizes and came to the conclusion that soldering a bar closed and hammering it round before machining, isn't going to work for man-sized watches. And I'm talking old style man-sized of 34mm+. This has to do with common silver bar stock sizes, as well as the thickness to radius ratio that makes getting the ends bent and aligned for soldering a massive pain in the ass. The other issue I had was holding the piece on the lathe without marring it, or it slipping with too much cut depth. Plus sterling silver machines kind of gummy.

So in typical fashion I set it away to think about, and that's become more of a problem avoidance thing than solution seeking. The solutions are now ready in theory but have yet to be acted on or tested.

Size of the initial round parts I will need can be solved by starting with castings. Castings can be then forged on a mandrel to reduce porosity issues and work harden before machining.

The gumminess of traditional sterling silver can be resolved by changing to a high end tarnish resistant sterling silver called Argentium™. This has several added benefits over traditional sterling. It's purer silver, Argentium has 93.5% or 96.0% silver content vs 92.5% silver content in traditional sterling. It's whiter in colour due to the higher silver percentage. It is tarnish resistant due to substituting some of the copper balance with germanium. (From what I can tell the germanium in the silver acts similarly to chromium in steel, producing a transparent, self-healing oxide layer that acts as a barrier to the environmental contaminants that cause tarnish.) The new alloys allow the Argentium to be heat treated to increase hardness and strength above that of traditional sterling. This allows for superior machining and polishing operations.

Finally the work holding problem is hinted at in the last picture, precision fitting collets combined with a 'wax' chuck. I was going to try the traditional method of melting shellac, but then read about super glue for this purpose. I tested some pieces and the bond is good, but they didn't release well with acetone, which is supposed to dissolve cyanoacrylate glue. So I got disappointed. Later found out you just his the chuck with some heat (propane torch) and parts release nearly instantly. Soak them in acetone after to remove glue residue.

Finds a caster that can do some specific size Argentium™ 960 Pro rings.

Make some collets for inside and outside diameter piece holding.

Maybe fit an existing movement, dial, and handset (2892 from a Bulova I have) into a hand-made round, lugless case this decade.

Need to focus more on doing after the thinking is over... 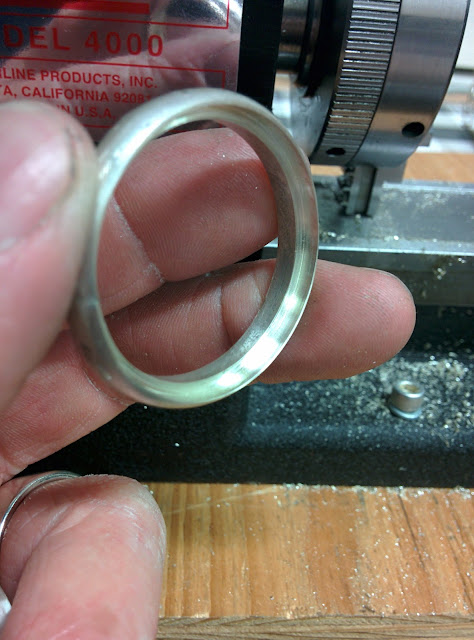 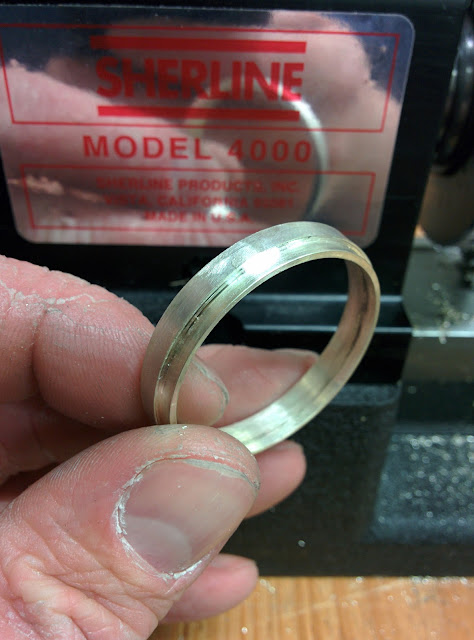 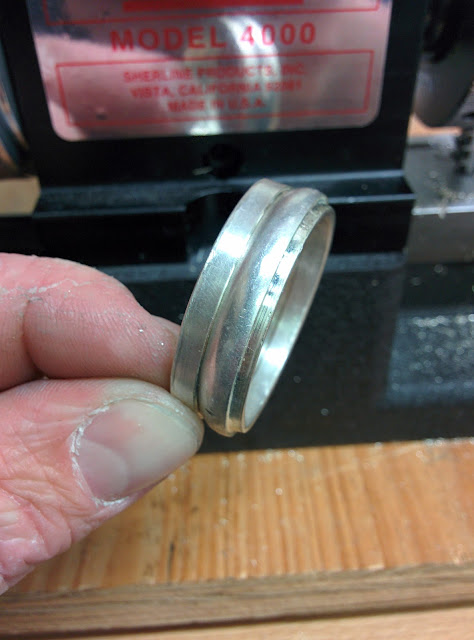 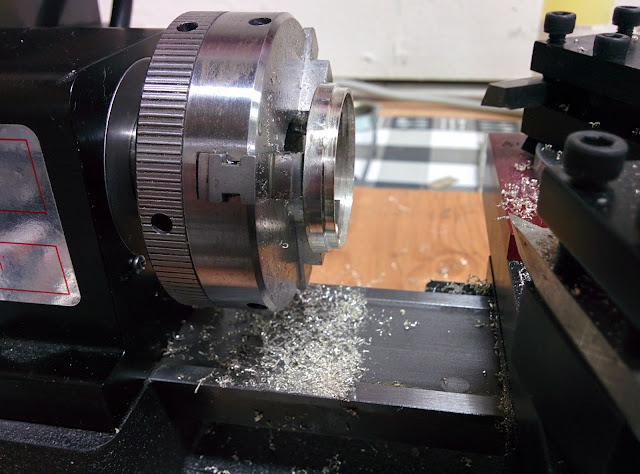 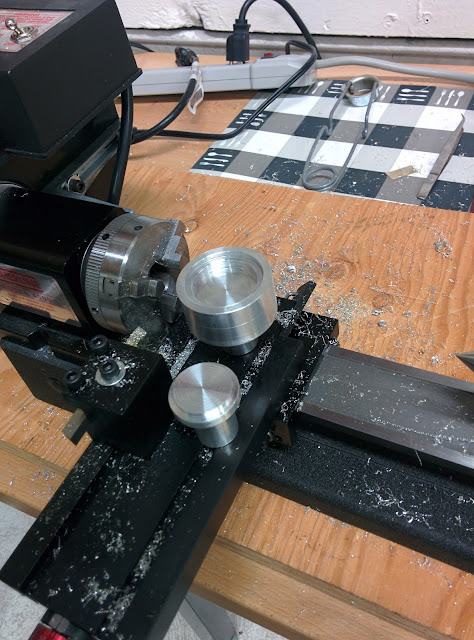